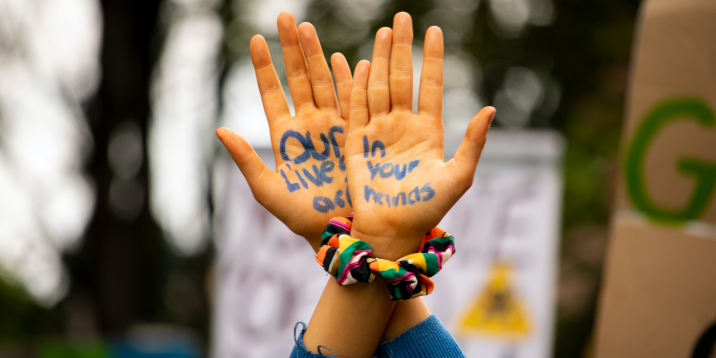 The current pandemic, as a collective trauma, and its management have generated considerable psychic and psychosocial disorders, which numerous psychologists and psychiatrists have repeatedly highlighted [1]. [1].

From the point of view of humanistic psychology (Alberti, 2007) and neuroscience (Bzdok and Dumbar, 2020), the current limitations imposed on interpersonal contact and encounter, the collective fear fuelled by the mass media, and the social conflicts these generate, instead of promoting psychological well-being, foster the process of interpersonal withdrawal and social exclusion already initiated by previous lockdowns.

Studies focusing on community resilience show that communities oppressed or exposed to catastrophes or war are nonetheless able to cope with adversity thanks to a greater sense of community and that perceived community resilience translates as an individual resource for coping with adversity (Sonn and Fisher, 1998; Kimhi and Shamai, 2004). According to this research, the ability to activate a resilient restorative process, despite vulnerabilities, is distinguished by the presence of protective factors, such as significant family, friendship and social ties such as emotional support, social support and solidarity networks, and a sense of community.

From the point of view of humanistic psychology and attachment studies (Johnson, 2002), the human being feels free when he can be fully himself, can give voice to his feelings and spontaneous expression to his movement towards the other.

The fact of being able to look, listen, meet and come into contact with each other is the basis of the human relationship, of the sharing and co-participation that constitute the fabric of the human community. This fabric is the vital and essential condition for our humanitas, in other words, what makes it possible to consolidate fully human relationships in which there can be mutual attention, help and care.

When the movement of meeting one another is prevented, the fragmentation of human relationships is fostered and, from a psychological point of view, there is a progressive process of de-humanisation in which people tend to withdraw, isolate themselves, anaesthetise their feelings, think they do not need one another and lose trust in one another.

This progressive de-humanisation coincides with the loss of one’s freedom to be fully oneself, as an expression of one’s feelings and spontaneous movement. What happens is a pathologisation of freedom: an apparent freedom to think, without being able to feel and act spontaneously.

When human beings have the possibility of fully expressing their humanity, and their feelings through encounter, sharing, and the solidarity provided by a sense of community, they find their security in human relationships.

The loss of one’s sense of humanity means that the human being loses his freedom and, deprived of himself, becomes a man/thing, in other words a non-human. In such a process of de-humanisation one finds one’s security in control. Control, in fact, is based on mutual distrust. This worrying situation lays the foundations so that it is then possible to exercise a will to power on the part of those who, not being inwardly free, seek power over others.

The process of de-humanisation reduces human beings to objects rather than subjects in relationship. So what is the difference between an idea/object and a man/object?

Since the idea/object can easily become hierarchically superior to the man/object, an idea may even be able to break off its meaningful relationships.

Dialogue is only possible when two human subjects, who care about what happens ‘between’ them, i.e. who put human relations first, consider their ideas as relative concepts to be discussed and compared. Otherwise, two human beings/subjects fail to build a dialogue, because they tend to consider their ideas as absolute and hierarchically more important than their own human relationship. This is a pathology of freedom, since thought loses its generativity, becoming self-referential and de-humanising.

When the human relationship comes first, law, institutions, science or any other doctrine are at the service of the human being. Otherwise the opposite happens, man/object becomes the servant of the Law, institutions and science.

As Alberto Alberti (2007) writes: “A man is born free and fully loves. But, if he is thrown into a world of unfree people, his freedom will not be loved, and perhaps he too will cease to love and to be free.

In fact, those who are not free, when they find themselves in front of a truly free person [fully human], see reflected in them what they lack, so they become aware of their own lack of freedom, and therefore of their existential failure. In most cases he is unable to tolerate this, so he will try to possess or compress the other’s freedom.

But this is not always the case: sometimes it can happen that the living example of a free or liberated person, who freely feels, loves and rejoices, comes to lightly touch his or her soul, causing it a little upset.

It may happen that the soul, thus touched, recognises the illusion of its imprisonment, realises itself, and remembers that it is free.

In order to free ourselves from this process of de-humanisation we should try to consolidate and develop emotional relationships and new friendships. Friendship, in fact, is the form of relationship in which, while respecting limits, two subjects mutually love their own and each other’s freedom.

This website uses cookies to improve your experience while you navigate through the website. Out of these, the cookies that are categorized as necessary are stored on your browser as they are essential for the working of basic functionalities of the website. We also use third-party cookies that help us analyze and understand how you use this website. These cookies will be stored in your browser only with your consent. You also have the option to opt-out of these cookies. But opting out of some of these cookies may affect your browsing experience.
Necessary Sempre abilitato
Necessary cookies are absolutely essential for the website to function properly. These cookies ensure basic functionalities and security features of the website, anonymously.
Functional
Functional cookies help to perform certain functionalities like sharing the content of the website on social media platforms, collect feedbacks, and other third-party features.
Performance
Performance cookies are used to understand and analyze the key performance indexes of the website which helps in delivering a better user experience for the visitors.
Analytics
Analytical cookies are used to understand how visitors interact with the website. These cookies help provide information on metrics the number of visitors, bounce rate, traffic source, etc.
Advertisement
Advertisement cookies are used to provide visitors with relevant ads and marketing campaigns. These cookies track visitors across websites and collect information to provide customized ads.
Others
Other uncategorized cookies are those that are being analyzed and have not been classified into a category as yet.
ACCETTA E SALVA
Powered by